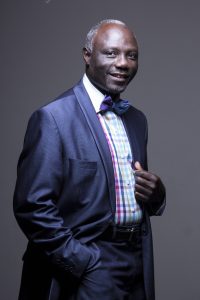 Bishop Joseph Smith, better known as Joe or in the sporting world as “Joe Moe” was born in Long Island to Emily Smith and Abram Horton on March 1st, 1964.  He came to the island of New Providence at the age of 6, and finished his primary education at E.P. Roberts Primary school.  He then attended C.H. Reeves Junior High, and finished his senior education at the Government High school in 1981.  Joseph developed into a loving young man full of talent and potential.